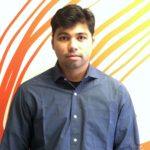 I am interested in studying the statistical mechanics of a teetered graphene membrane. To study this I am working on a molecular dynamics code which I am writing in CUDA C to simulate a graphene membrane fixed in one side and placed in a temperature controlled bath. Further I will also look into the effect of slits and cuts made using graphene Kirigami techniques. 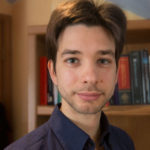 My current research interest is the statistical field theory of fluctuating two-dimensional membranes, in particular graphene sheets and liquid crystal vesicles. The goal is to characterise their phase diagram, find their equilibrium shape configurations, and compute their elastic properties, which arise from a rich interplay between topology and geometry. Recently, with Mark Bowick and Oksana Manyuhina, we have studied the ground-state shapes of vesicles coated with 3-fold symmetric liquid crystals. With Mark Bowick, Suraj Shankar and Michael Moshe, we are now exploring the role of grain boundaries in the transition between flat, buckled and crumpled phases of thin graphene sheets.

More generally, I’m interested in the role of topology in (quantum) field theories on curved manifolds, and the connections between gravity and condensed matter systems. 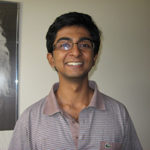 I am broadly interested in soft condensed matter systems at the level of continuum descriptions usually involving broken symmetries, elasticity and field theories (both in and out of equilibrium). Two of my primary research directions as of now are active nematics (with Cristina Marchetti) and the mechanics of thin sheets, such as graphene (with Mark Bowick and Michael Moshe). Of particular interest is understanding the importance and relevance of topological defects and the density field in two dimensional active nematic systems, in the presence of non-linearities and fluctuations. On the other hand, with regard to graphene, we are trying to understand the effect of holes and slits (Kirigami) on both zero temperature mechanics and finite temperature statistical mechanics of buckling and crumpling in thin elastic sheets. 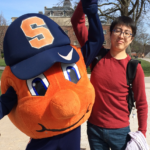 My research is to study the nature of rigidity transition in networks abstracted from frictional packing system, looking for some certain patterns or mechanisms which lead to transitions in different systems. Also, I’m building a model to describe the interactions between chromatin polymers and nuclear envelopes, lamin networks, actin networks, aiming to explain the fluctuation of shape of nuclear envelopes and DNA’s response to outer perturbations. 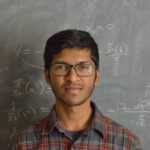 My current work consists of theoretical and computational investigation of compressional stiffening in single cell experiments. Since the cytoskeleton which provides mechanical rigidity to the cell is a network of semi-flexible polymers, I am building models of such networks that can exhibit compression stiffening. 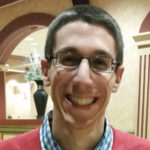 What is an IGERT Associate?  Read more about the program here.

Presenting your work at an upcoming conference? Apply for IGERT travel funds by filling out an application for travel support.