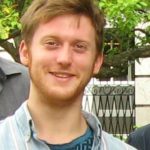 I work to understand the dynamic properties of epithelial tissues. We utilize a vertex model of cells to illuminate the mechanical cellular properties which may be associated with collective motion. This model allows us to explore the influence of open boundaries in scenarios such as wound healing. Additionally, we are attempting to extend this model to the hydrodynamic scale to probe the influence of mechanical cell properties on tissue patterning. This may aid us in understanding such phenomena as embryonic development, organ formation, and cancer metastasis. 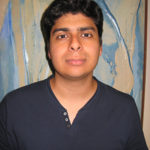 My current research focuses on periodically sheared non-Brownian colloidal suspension. Under continual driving, this system exhibits a non-equilibrium phase transition between active states (where some ratio of the total particles are always actively colliding/diffusing) and absorbing states (where particles follow trajectories which avoid collisions). I am constructing an experiment to explore this phase transition under varying local and global shear environments, and different colloidal particle geometries, and in situations with sedimentation under gravity. 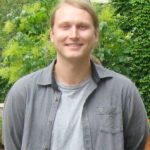 I am interested in understanding active, many-body systems that generate large-scale structure while interacting only over short distances. Currently, I collaborate with the Welch Lab at SU and the Shaevitz Lab at Princeton University to study the role of mechanical interactions in the collective behavior of M. xanthus, a fascinating soil-dwelling bacterium. 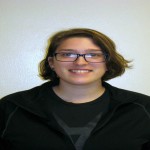 My research interests concern the geometric and elastic properties of thin films, specifically the possible biological applications of these properties. 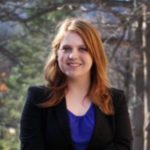 Polyketides (PKs) and non-ribosomal peptides (NRPs) are naturally produced by many bacteria and have been an excellent source of new antibiotics.  Several of the antibiotics that we use today are either PKs or NRPs and it is highly likely that many more have yet to be discovered. The primary reason that so few PKs and NRPs have been characterized is that the vast majority of the bacteria that produce these compounds are difficult or impossible to grow in a laboratory.  However, we know that uncultivatable bacteria make PKs and NRPs because their genomes have been partially or fully sequenced and the requisite genes for PK and NRP synthesis have been identified. One way to identify new PKs or NRPs from uncultivatable bacteria is to clone the PK and NRP gene clusters and express them in a lab-friendly heterologous host.  The ability to heterologously express natural product gene clusters from distantly related bacterial species and produce the corresponding PKs and NRPs is an important property of such a host. Myxococcus xanthus was recently used for heterologous production of the antibiotic oxytetracycline, which is a type II PK antibiotic from the distantly related bacterium Streptomyces rimosus.  To further examine its potential as a general heterologous host, we are currently examining whether M. xanthus will express the Brevibacillus brevis gene cluster for tyrocidine, which is an NRP and the main component of the clinical antibiotic tyrothricin, and the Saccharopolyspora erythraea gene cluster for the type I PK antibiotic erythromycin. In addition, we are trying to evolve M. xanthus strains to be highly resistant to particular classes of antibiotics, which could allow the strains to heterologously produce relatively high levels of new, and related compounds.

This year I was lucky enough to present on my research at the 44th International Meeting on the Biology of Myxobacteria in Arlington, Virginia. I also gave a poster talk at the 2017 Molecular Genetics of Bacteria and Phages Meeting in Madison, Wisconsin. 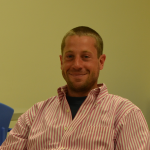